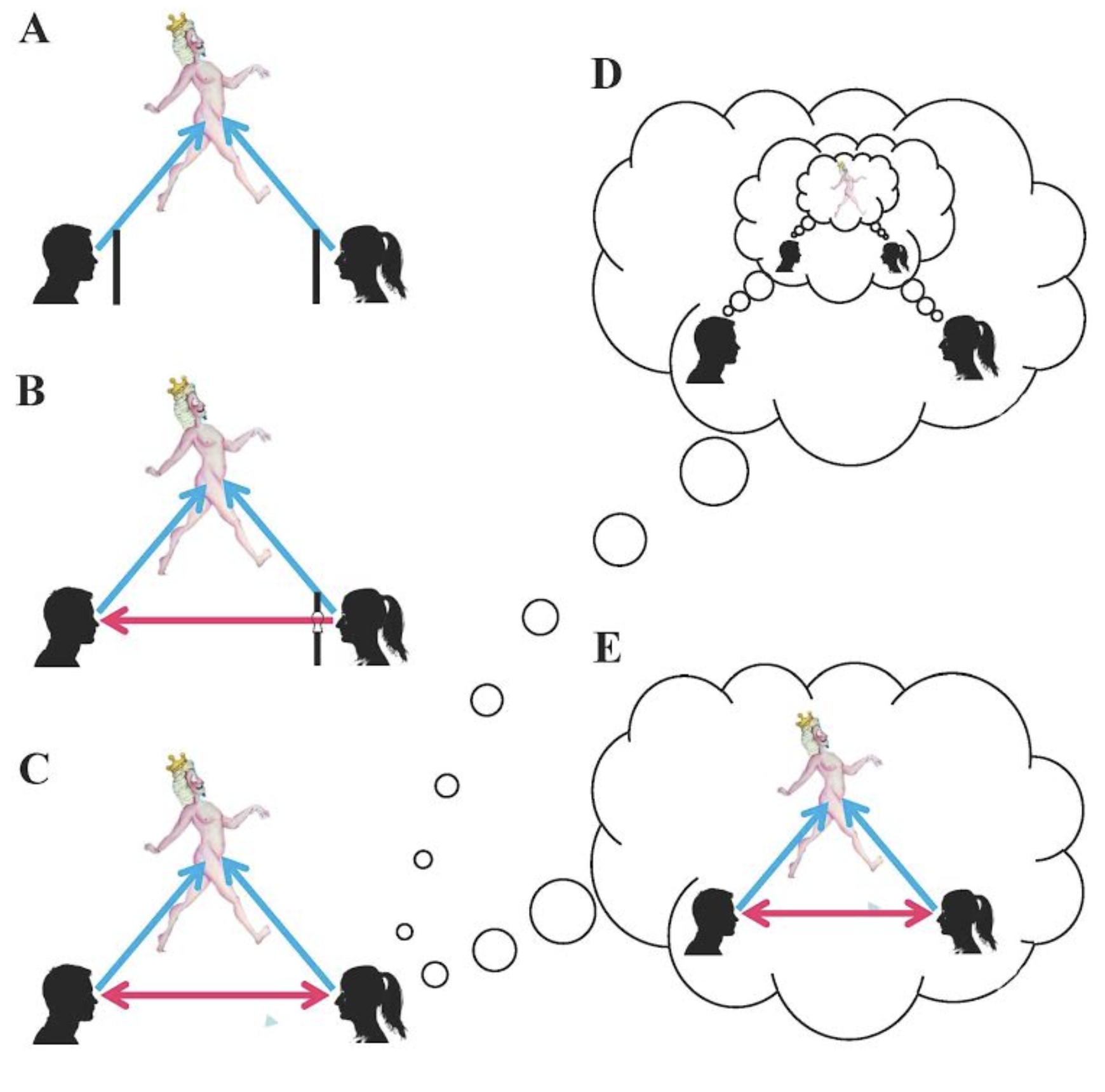 What’s the difference between two people knowing something, and each one knowing that the other one knows that each one knows that the other one knows it, ad infinitum? A lot, say logicians and game theorists: common knowledge is qualitatively different from shared knowledge. It is particularly important in solving coordination problems, in which two or more people can benefit by making the same choice (such as meeting at Starbucks or Peet’s, driving on the left or the right, or treating each other as friends, lovers, trading partners, or superior and subordinate). Common knowledge has been invoked in various disciplines to explain such diverse phenomena as public protests, market bubbles, hyperinflation, fads, network externalities, and brand loyalty. We believe it has profound implications for psychology, including innuendo and euphemism, cooperation, bystander apathy, face and body language, self-conscious emotions, humor, political correctness, and taboo. My collaborators so far have included Kyle Thomas, James Lee, Peter DeScioli, Omar Sultan Haque, Julian DeFreitas, and Martin Nowak.

Whenever language users express themselves in writing or on the 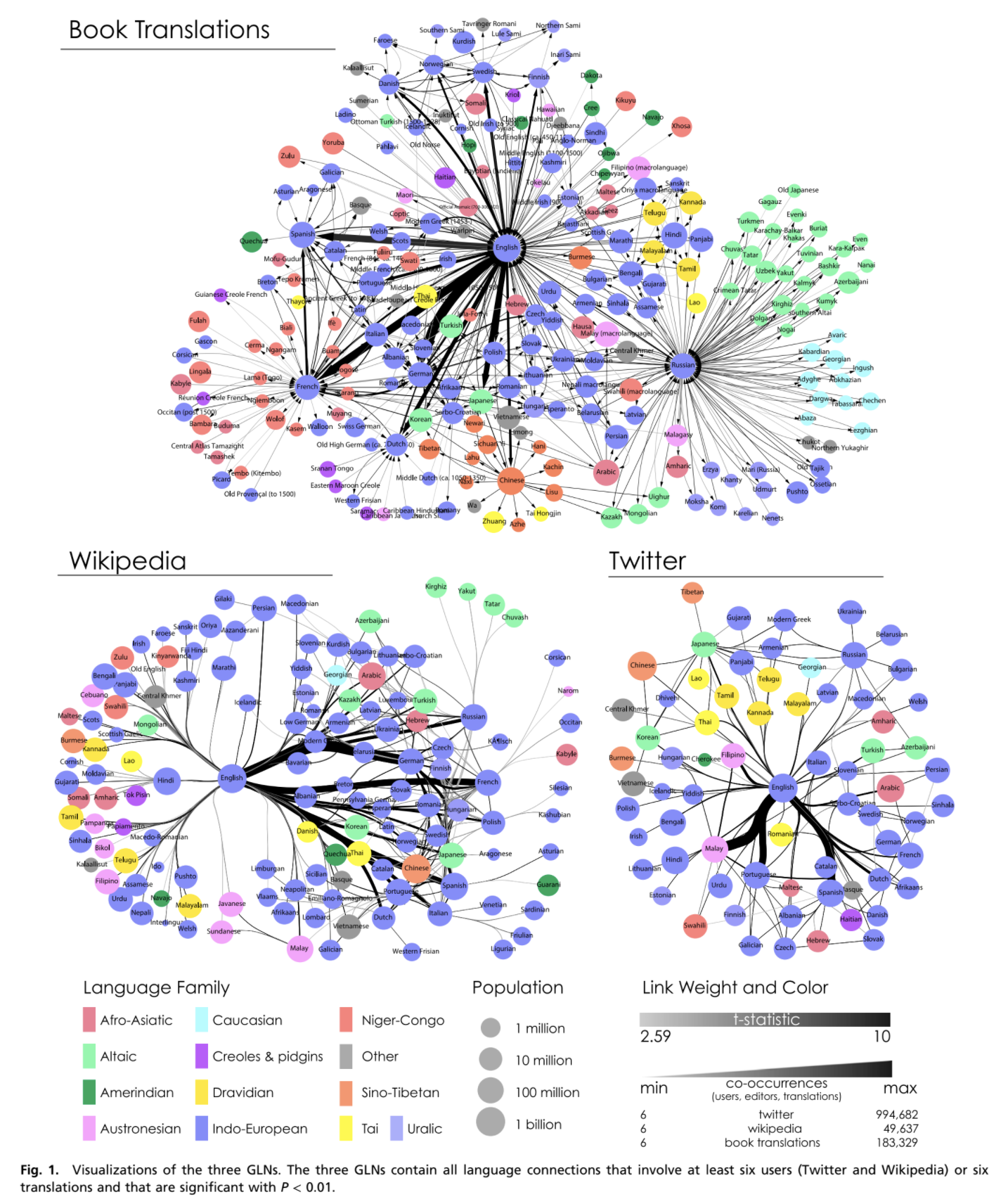 Web, they leave a trial of evidence on the form, content, and social relations underlying their linguistic abilities. When millions of people do this, the evidence is rich and potentially highly informative. I’ve long used on-line datasets to explore the psychology of language, particularly the interaction between memory and computation that is manifested in regular and irregular phenomena in language. The explosion of Web computing has vastly increased these research opportunities, including massive language corpora, on-line dictionaries and other curated resources, and viral internet surveys.

I was a coauthor on the Science paper that announced the now-famous Google ngram viewer, the tool developed by Erez Lieberman Aiden, Jean-Baptiste Michel, and a team at Google, which searches the half-trillion words in a corpus of five million books, a significant fraction of all the books published since the fifteenth century. We are using this resource to study the vocabulary and grammar of English and how it has changed over the past several centuries. I also collaborated with Cesar Hidalgo, Shahar Ronen, and others in the development of the Global Language Network, a dataset which uses Twitter users, translations, and Wikipedia pages to answer questions about the global influence of languages such as English, Chinese, and Arabic. Yi-Ting Huang and I used dictionary entries to probe the relationship between lexical semantics and inflectional morphology. And Joshua Hartshorne, Josh Tenenbaum, and I are using viral internet surveys to study critical periods in language development, verb semantics, and other topics.

Since the publication of my 2011 book The Better Angels of Our Nature: 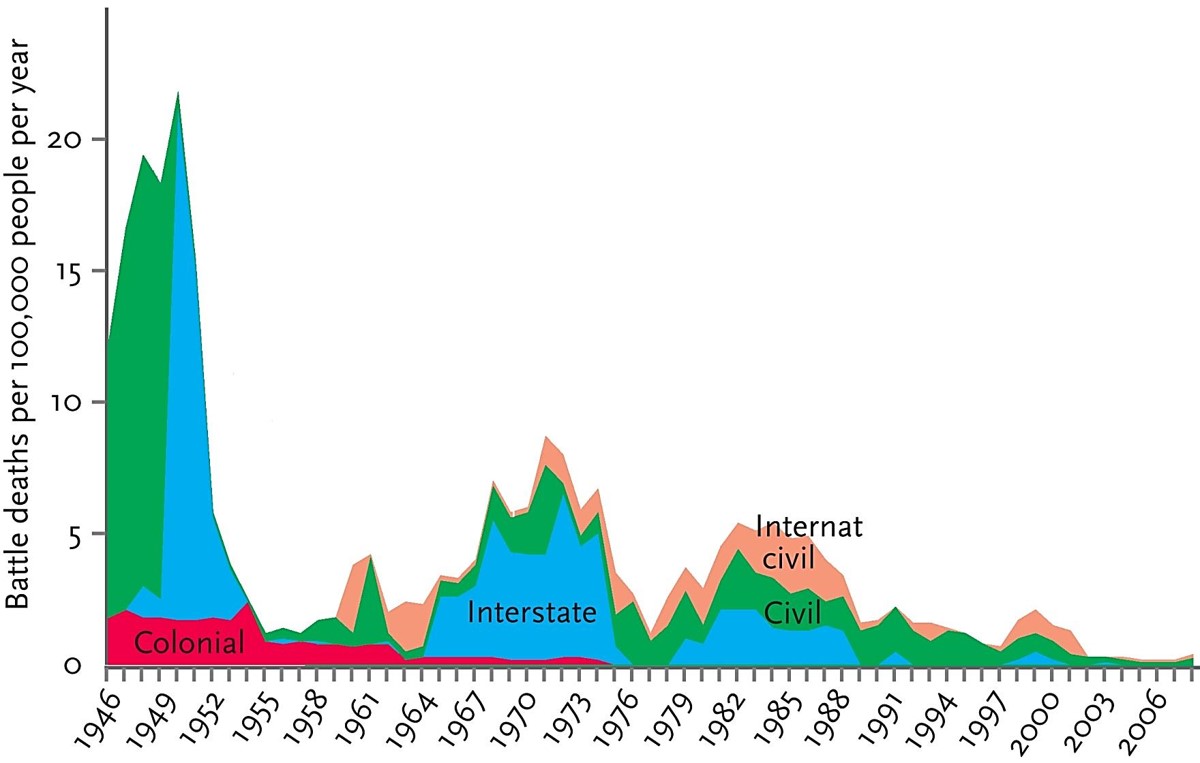 Why Violence Has Declined, I have been updating my graphs on national and global trends in violence of all forms, and pressing the case that theory, commentary, punditry, and other opinions on the state of the world should be based on quantitative evidence rather than anecdotes, headlines, and other traps for the Availability bias. Collaborators include Joshua Goldstein, Andrew Mack, Michael Spagat, President Juan Manuel Santos, and scholars at the Peace Research Institute of Oslo.

We are moral animals, with a suite of adaptations that allowed us to cooperate despite the constant temptation of exploitation. The psychology of right and wrong influences our judgements of people's character, our interpretations of language (particularly cause and effect), and our facial expressions. My collaborators in these diverse investigations include Laura Niemi, Ian Reed, Jason Nemirow, Peter DeScioli, and Julian de Freitas.

I’ve long been interested in the evolution, genetics, neurobiology, 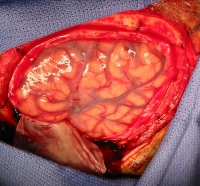 How do advances in genomics and behavioral genetics bear on 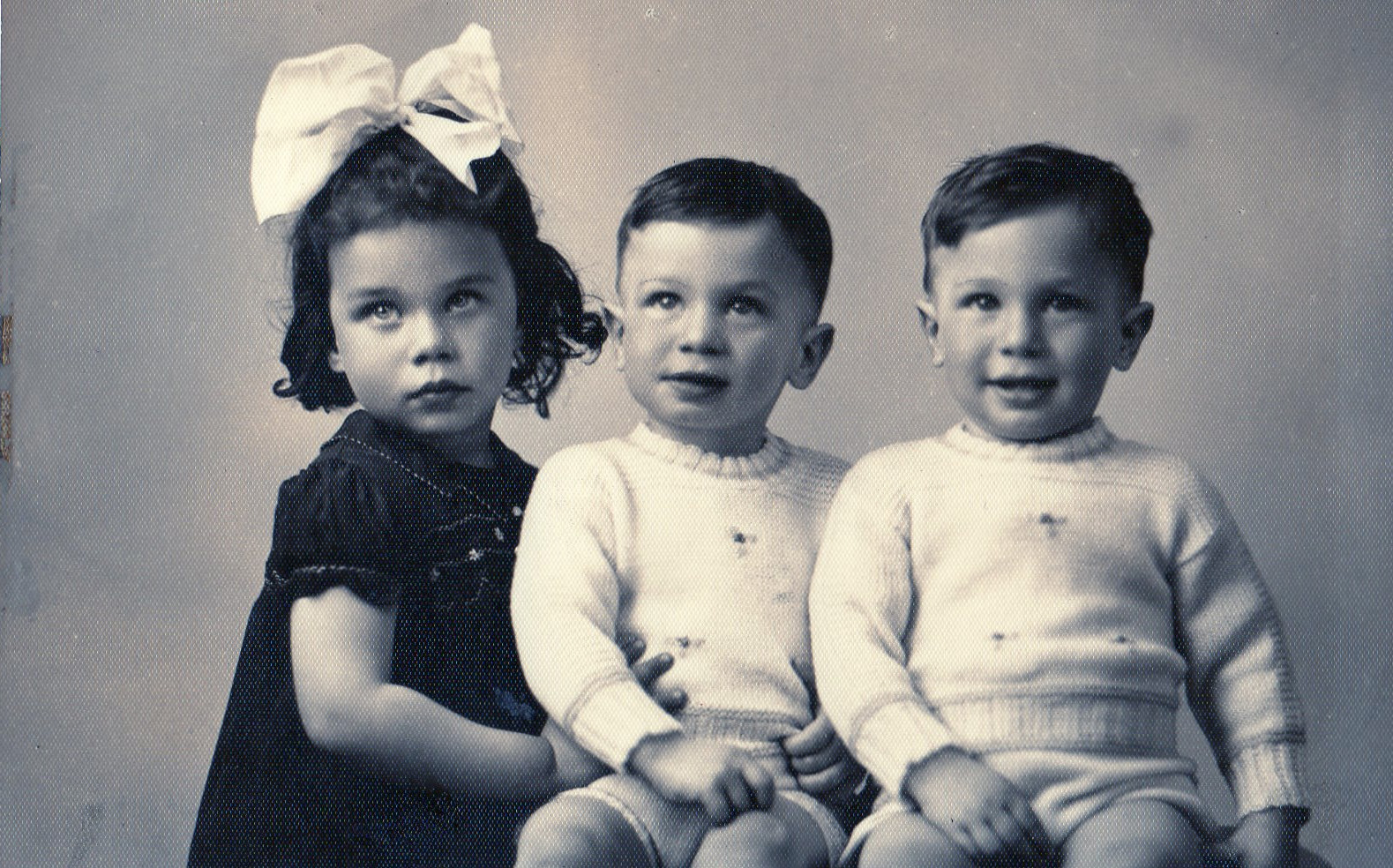 classic issues of nature and nurture? Should we expect to find single genes for cognitive, behavioral, or motivational traits? I’ve approached this topic in many ways, including being one of the first people to have his genome sequenced, collaborating in the search for genes related to intelligence and other psychological traits, studying language development in twins, and exploring the political and moral colorings of heritability studies. Collaborators include James Lee, Christopher Chabris, and Jennifer Ganger.